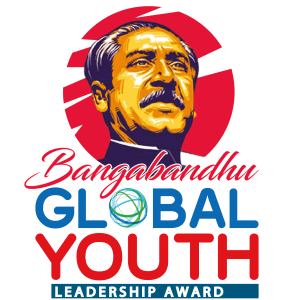 OIC Youth Capital, initiated by Istanbul based Islamic Cooperation Youth Forum (ICYF), an entity affiliated to the Organization of Islamic Cooperation (OIC), is the yearly gathering of the youth of the Muslim world that constitutes 1/3 part of 1.5 billion Muslims of the OIC region. The capital is aim to bring the youth together through certain activities, conferences, conventions, festivals and other special events. The goals of the initiative are to foster inter-cultural and inter-civilizational diversity and to unite the Muslim youth of the members of OIC countries under one platform to share among themselves and to turn up the Voice of Youth.

Bangladesh joined the Organization of Islamic Cooperation (OIC) in 1974 after our great Liberation War under the visionary leadership of Father of the Nation Bangabandhu Sheikh Mujibur Rahman. Since then, Bangladesh has been keeping close relation with all Muslim countries. It has also been playing instrumental role in different activities of OIC and promotes the general interests of Muslim Ummah in different international forums.

The Islamic Cooperation Youth Forum (ICYF) declared Dhaka as the “OIC Youth Capital 2020” on 25 December 2019, marking a significant recognition for the dynamic and determined leadership of the Honorable Prime Minister Sheikh Hasina and her spirited government in the youth sector. The selection of Dhaka as the “OIC Youth Capital 2020” will play a significant role to reflect a positive brand image of Bangladesh globally specially among the youths from all over the world. The convergence of the yearlong events with the grand celebration of the Birth Centenary of the Father of the Nation Bangabandhu Sheikh Mujibur Rahman has amplified its significance to a great extent.

Ten elaborate mega-events, and several ancillary events, have been designed for celebrating “OIC Youth Capital 2020” which will be implemented through eight lead Ministries and Twenty co-lead Ministries round the year. As per the “Protocol of Commitment” between the Ministry of Youth and Sports and ICYF, Ministry of Foreign Affairs is the key “Partner” in the process and is expected to organize the inaugural and closing ceremony along with some other programs in between.

The name of “Bangabandhu Sheikh Mujibur Rahman” holds a paramount significance for Bangladesh. A leader, statesman of such magnitude is a rarity. His struggle for the emancipation of the people of Bangladesh is unprecedented in history. The speech delivered by him on 7th March, 1971 is widely known as the “Historic 7th March Speech” and has been recognized by UNESCO as “A World Documentary Heritage”. His contribution towards politics earned him the title “A Poet of Politics”.

He has staked his life for his people every time it was needed. He has served imprisonment for his people time and again. The history witnessed him leading from the front for all significant causes: The Mother Language Movement in 1952, the Six Point Demand, the Mass Uprising of 69, The General Election of 1970 and during the Liberation War of Bangladesh in 1971. Hearing his clarion call for independence, people from all walks of life irrespective of religion, cast and creed sacrificed their lives.

After the liberation, he shouldered the mountainous task of building the war-ravaged country. In every part of the world he travelled, he was received with high honor and elevated appreciation. He relentlessly strived to build a prosperous country free from hunger, poverty and corruption. The history of Bangladesh is interwoven with the history of Bangabandhu. He wanted to give the people of Bangladesh a unique identity defined by its enriched culture, history and heritage. This is why he is regarded as the “Father of the Bengali Nation”.

To celebrate the Birth Centenary of this great man and the Golden Jubilee celebration of the independence of Bangladesh, the Ministry of Youth and Sports of Bangladesh would like to recognize the Young Generation for their outstanding display of leadership in different fields and award the “Bangabandhu Global Youth Leadership Award” under the Dhaka OIC Youth Capital 2020-21.

Innovation is more than invention or discovery. It’s finding new solutions to both old and new problems from within and beyond the existing architecture. Dhaka as OIC Youth Capital 2020 recognizes the philosophy and priority of the youth across the Muslim world which combines different leadership styles to bring changes in idea generation, Evaluation and implementation for the greater good of the humanity. Design thinking and systems engineering are core components of this ideation.

Prosperity cannot be devoid of climate responsibility. Dhaka wants to recognize youth of the Muslim world who look at climate change issue in light of their own experience and moral values, and are committed to leveraging their area of expertise to realize sustainable development in their professional and private lives, and exercise leadership in fulfilling their social and environmental obligations for the survival of the planet and its many life forms.

Dhaka wants to recognize the youth across the Muslim world who embraces humanity and advocate social change through volunteer activism. Convening the youth leaders across the Muslim world- Dhaka aim to re-inspire and reinvigorate a commitment to humanity and to the universality of humanitarian principles. Dhaka wishes to recognize those who can stand up and face challenges – such as the Rohingya crisis – as they would inevitably approach humanity from time to time.

Sports, Culture and Art portray the spirit of Youth and Society. Indeed, they are the finer aspects of being a human. These are three of the finest ways of showcasing someone’s talent and creativity. Sports, Culture and Art can bring people together from every walk of life breaking the prejudices and weave them into a team. It is an integral part of a society. Bangladesh would like to award and recognize the Youth who have contributed to the field of Sports, Culture and Arts. Leadership in these fields would be recognized both for individual excellence and social sector contribution.

Youth entrepreneurship has a verifiable impact on social as well as cultural and economic progress of the society and indeed the country. Building an environment that promotes creatively and provides opportunities for entrepreneurship calls for multi-pronged strategies implementation and involvement at all levels including Government, industry, political, social as well as educational sectors. Dhaka wants to recognize the youth entrepreneurs across the Muslim world who have contributed to change the world with their business idea and paved way for a better future and progressive societies world over. Entrepreneurs are the fresh blood which fuels the economy. Dhaka wishes to recognize and connect them to the thriving entrepreneurial ambience both in the country and across much of the young Muslim Ummah.

Sign up to receive updates and news of ‘Dhaka OIC Youth Capital 2020’ events and activities!